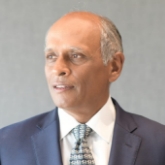 “TNS’s mission to create challenging, indigenous and innovative theatre that touches the heart and mind resonates well with me. The company’s productions are entertaining and provocative but also touch on issues that are important to the local community. These include mental health, poverty, local politics, climate change, inter-community tensions, personal relationships and other social issues.”

Having qualified as a Chartered Accountant in England, Sunder started his professional career with Chartered Accountants in London (including Deloitte & Co). In his early years he focused on Accounting, Auditing and Personal & Corporate Taxation. He then moved on to Finance, working as a Finance Director for the UK subsidiary of a German Shipping company. Finally Sunder moved into banking with a 32-yearcareer with Bank of America and a further five-year career with Wells Fargo Bank. In his banking career, Sunder worked in the UK, the USA and Singapore, focusing on Corporate Banking.

“The founders of TNS have established a unique theatre company that is able to write and produce wonderfully sensitive plays that deal with the sensitive issues that their audiences can truly identify with and relate to. Their plays have a way of engaging their audiences in a way that leaves you soul-searching.”

Ana is currently Managing Director, Head of Southeast Institutional Sales as well as the CEO Singapore at Pinebridge Investments Singapore. Prior to joining Pinebridge in 2015, Ana was the Head of Institutional Business Development Southeast Asia and CEO of PIMCO Singapore. Prior to her roles in asset management, Ana spent 20 years working in the investment banking industry with various international banks. She was also a journalist in the Money Desk of The Straits Times. She holds in BA Honors in Southeast Asian History from the School of Oriental and African Studies, University of London and is also a Fellow of the Chartered Institute of Arbitrators and the Singapore Institute of Arbitrators. Ana is also an active mentor to women in the financial industry and in an advocate for women’s rights in Singapore.

“TNS is the unique community-driven arts group that has been in the forefront of bringing to life the many salient and nuanced messages and themes which permeated through Singaporean society for a few decades. While I am unable to contribute in its creative expressions, I am proud to be a small component of its corporate committee.”

Andy Yeo is a practising lawyer and is presently a Partner at Eldan Law LLP. He has over 20 years of experience in legal practice. He began his career as a trainee with the Legal Service Commission in March 1996, before becoming an assistant registrar of the Supreme Court in July 1996. He was appointed as a magistrate in the State Courts from September 1997 to September 1998. In October 1998, he joined the Attorney-General’s Chambers as a state counsel and deputy public prosecutor. He spent 18 years with Allen & Gledhill LLP before joining Eldan Law LLP. He is also very active in providing various pro bono services and represents Singapore as a member in the Asian Paralympic Committee. He has served on the TNS Board since 2009 and is presently its Honorary Treasurer. 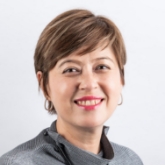 “TNS prods you, pokes you and makes you feel uncomfortable. It’s like asking yourself a question in the mirror—it’s impossible to be anything but honest with your responses.”

Dawn is responsible for corporate affairs and marketing at KPMG Asia Pacific and is a member of the firm’s leadership team. She is concurrently KPMG's Asia Pacific director for the Women Corporate Directors Foundation, and is co-chair of the WCD Singapore chapter, having been involved in its inception since its inception in 2011. Prior to this, she managed leadership development and partner group communications for KPMG in Singapore for two years. Dawn led the marketing and communications team for 20 years for KPMG in Singapore, and held the same role in its management consulting practice in ASEAN for 3 years. She was instrumental in setting up and building the Singapore firm’s CSR and service excellence programmes. Dawn has worked in journalism, public relations and theatre in her past lives. She was a board member of humanitarian NGO Mercy Relief from its foundation in 2003 to 2016. 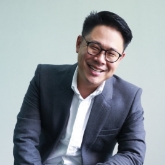 “My international experience has brought me a profound love for indigenous work, and I love watching portrayals of cultures from the inside out. I’ve always seen TNS as a purveyor of Singapore-first content, which is empathetic on-ground, but also is able to start a global dialogue.”

Jian is the Head of Strategy and Partner in strategic communications consultancy, Distilleri. His 21-year communications experience spans the disciplines of PR, advertising, digital, social and media. His responsibilities included being the global head of media strategy for an international movie and toy franchise, and being the regional account lead for agency accounts across the Gulf Cooperation Council. Jian has lived in three countries, and continues to be active in tertiary educational institutions and industry events. He is vocal in his support for mental health and environmental sustainability causes. 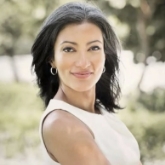 “TNS encapsulates the best of independent theatre, thework seeks to question and probe the status quo in Singapore. Very few groups have taken on this brave challenge and it’s one I am passionate about championing.”

Sharanjit is an experienced broadcaster who has spent a quarter of a century with international news channels such as the BBC, Bloomberg Television and the Canadian Broadcasting Corporation. She anchored from the BBC's Singapore and London studios for the BBC World News channel and filed reports for radio on the BBC World Service and written for BBC news online. She regularly anchored live on location on breaking stories in the region such as Typhoon Haiyan in the Philippines, and the search for Malaysia Airlines flight MH370.  Singaporean by birth, Sharanjit presented and produced documentaries for the BBC including ‘Singapore at 50’, and ‘Secrets of Singapore’ for the news channel and a week-long special on Singapore for the World Service’s ‘Outlook’ programme on radio.  Noteworthy interviews include the Prime Ministers of Canada, Thailand, Pakistan and New Zealand, Australia, Malaysia and Singapore, Presidents the Philippines, the World and the IMF, and chief executives from companies ranging from Microsoft to Walmart. She is now such a familiar face of business for viewers in Asia that she is regularly invited to moderate high level debates for the United Nations, the World Bank, the IMF, the ADB and other NGOs. At the Asian TV Awards in2017, she was highly commended as best anchor and won the Best News Programme for ‘Newsday’ for an episode she presented.