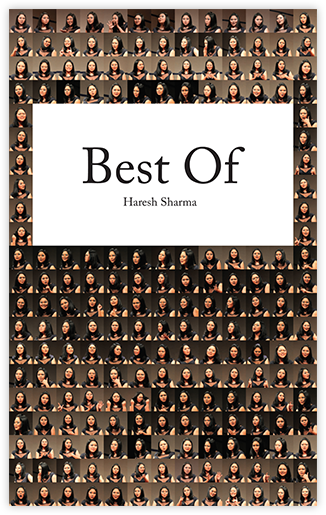 Specially created for award-winning actress Siti Khalijah Zainal by Alvin Tan and Haresh Sharma, Best Of looks at issues of the day through collective stories and personal reflection as told by the protagonist, a young Malay-Muslim woman in Singapore.

In Best Of, a young Malay-Muslim woman describes a day in her life — starting with a visit to the prison in the morning to see her cousin, and ending at the hospital to be with her mother who is undergoing chemotherapy. She shares her most immediate concerns, such as her attempts to settle a divorce with her husband through the Syariah laws in Singapore.

This publication also includes a foreword by Alvin Tan, Founder and Artistic Director of The Necessary Stage, as well a selection of photographs from the performance. ‍

Best Of was launched with a reading and book signing session on 22 May 2014 at BooksActually.